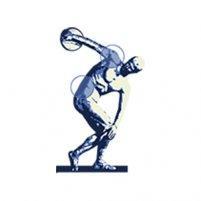 Pseudogout is a condition that causes similar symptoms to its more well-known namesake, gout, but it has a different cause. At Arthritis Northwest PLLC in Spokane, Washington, the experienced rheumatologists offer a range of proven therapies that can reduce the pain of pseudogout and slow the disease's progression. To find out how Arthritis Northwest PLLC's rheumatology experts can help relieve your pseudogout symptoms, call to schedule a consultation today and to book an appointment. Or, visit us online.

Pseudogout's medical name is calcium pyrophosphate deposition (CPPD) disease. It's a type of arthritis where a substance called pyrophosphate dihydrate builds up and forms crystals in your joints.

These crystals can severely injure your cartilage — the substance in your joints that cushions and protects the ends of your bones. The result is pseudogout joint pain. The crystals can eventually cause the affected joint to break down, leaving you with a disability.

As you’d imagine from its name, pseudogout is similar in a number of respects to gout. However, with gout, the crystals in your joints form as a result of excess uric acid.

What symptoms does pseudogout cause?

Pseudogout typically affects the knees. However, it could develop in other joints, including the wrists, elbows, and ankles. Attacks could occur regularly or strike only once or twice a year.

Without treatment, the frequency of your pseudogout attacks and the number of joints affected could increase.

The reasons why some people get pseudogout aren't clear, but genetics may play a role. Other factors that could increase your risk of developing pseudogout include:

You're more likely to develop pseudogout as you get older. As many as 50% of people in their 90s have the pyrophosphate dihydrate crystal deposits in their joints that cause pseudogout.

How is pseudogout treated?

Pseudogout isn't curable, but Arthritis Northwest PLLC offers treatments that can ease your pain, reduce the frequency of your attacks, and help to slow down or even prevent further joint breakdown. Potential treatments include:

Joint drainage (removing excess fluid from the affected joint) helps to relieve swelling. At the same time, your provider at Arthritis Northwest PLLC can inject corticosteroid medication, which could ease inflammation for several months.

Colchicine is a treatment for gout, but it can also help with pseudogout. A low daily dose of colchicine as a preventive measure could decrease the frequency of your pseudogout attacks.

Biologic medications like anakinra can also have an anti-inflammatory effect on joints afflicted with pseudogout.

If you have symptoms of pseudogout, don't wait for them to get any worse. Call Arthritis Northwest PLLC today to schedule a consultation and to book an appointment. Or, visit us online.